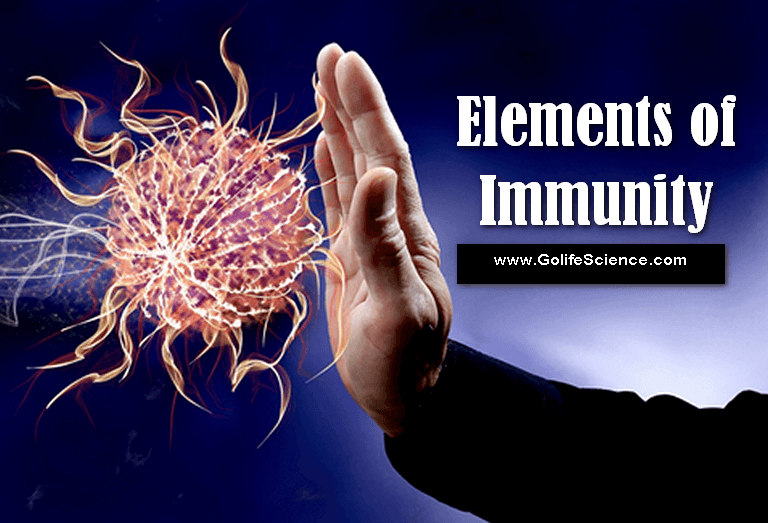 The term Immunity is defined as the resistance shown by the host against the adverse effects caused by microbes and their toxic products. Invertebrates, two types of defense mechanisms work together to contact infection.

the external defense comprises physical and chemical barriers to the entry of pathogens into the body.

These bacteria produce lactic acid from the Glycogen thereby producing an acidic environment to the vagina as a female’s best natural defense against pathogens.

Body’s internal defense involves the participation of cellular and non-cellular factors possessing anti-bacterial property which have been found in blood and tissue.

The major biochemical factors are Interferon and Complement system.

The natural defense mechanism against microorganisms and other foreign particles is carried out mainly by phagocytic cells were originally discovered by Metchnikoff (1883). The process of eating the cells is known as Phagocytosis.

Apart from a biochemical and cellular factor other factors also operate to offer an internal defense, they are:-

The resistance developed by the man during his life is known as Acquired immunity or adaptive immunity.

Active immunity is the resistance developed by an individual in response to an antigenic stimulus.

The antigen may gain entrance either by natural infection or through any other sources such as artificial immunization by vaccination.

Immunity is developed by the host in response to the antigen that enters by natural infections. For example, a person attacked by measles or smallpox develops natural active immunity as he recovers from the diseases.

The immunity acquired by way of such infections is also long-lasting in many cases. For example, lifetime immunity is got following certain viral infections such as smallpox, measles, and mumps.

In artificial active immunity, immunity is attained by the host in response to the antigen got by vaccination. Vaccines are preparations of living (attenuated) or killed microorganism or their products (toxoids).

Transfer of immunity from an immunized donor to a non-immune recipient by transferring antibodies or immunized lymphocytes is known as artificial passive immunity (API).

API is therapeutically ( the science of treating diseases) used in the treatment of tetanus, diphtheria, gas gangrene, snake bite, and immunodeficiency states.